In My Signals, health and social care staff and service users tell us what research is important to them and why they feel others need to know about it. Join the conversation on Twitter and tell us which Signals have interested, excited or surprised you, using #MySignals. You can find the latest NIHR Signals here.

Evidence use in public health

Since April 2013, local authorities in England have regained their role in leading the local public health system. Whilst the transfer of public health from the NHS is a key part of this, it is worth remembering that local government was already working to improve social, economic and environmental conditions in order for their regions to thrive. As such, both local authorities and public health practitioners are using research evidence to inform their decision-making. However, the way research evidence is used can vary markedly.

Many public health practitioners have been trained and have practised at a time where the use of systematic reviews or meta-analyses - built from high quality randomised controlled trials, is the pinnacle of evidence-based practice. This has served clinical public health well and has informed a number of national programmes. The role of NICE (National Institute for Health and Care excellence) has been instrumental in supporting the change of practice based on research evidence. The clinical aspects of public health have also benefited from being a relatively new area for research, for example nicotine replacement therapy in smoking cessation.

Local authorities also use research evidence. However, this is much more likely to be from case studies or observational studies. Whilst local government is interested in the results of randomised controlled trials, it is acutely aware of the local context, the historical perspective and how messy the real world is, reducing the applicability of these trials. Other challenges for local government are the need to act quickly and in many cases respond directly to individual concerns. Here the role of organisations that provide policy advice is of major importance, including the Local Government Association.

Public health practitioners based in local government are working in an increasingly complex web of evidence and policy production, including NICE and the other What Works Evidence Centres, but also professional bodies and local academic units.

The NIHR Dissemination Centre is a relatively new addition to this landscape, with its NIHR Signals, Highlights and Themed Reviews. Signals fit into this web of knowledge by providing an alert to emerging practice. No public health practitioner would give more weight to a Signal from a single trial than one from a systematic review, but a single trial can provide opportunities for public debate and review of current practice.

As I reflect on Signals, they highlight a number of dimensions of the public health practitioner role in local government, including advocating for resources, commissioning and improving public health services, as well as taking a ‘health in all policies’ approach to health improvement and reducing health inequalities. 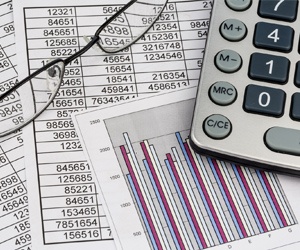 Public health practitioners will be aware of the difficulty of securing investment in these approaches. It often seems that a higher standard of evidence is applied to making decisions about these interventions, when compared to other health and non-health decisions where return on investment is either not as high or not known.

There are a number of other Signals that demonstrate potential savings to the NHS, for example on dental treatment through supervised tooth brushing in nurseries, and vaccination for measles, which costs 20 times less than outbreak control. 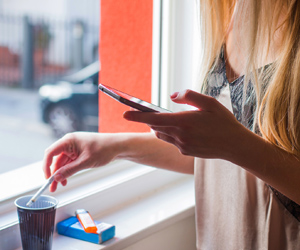 Signals like this can support public health practitioners’ work with specialist smoking cessation providers to improve services. This Signal reports on a systematic review demonstrating the effectiveness of mobile phones and text messages in high-income countries.

Local services can review and think about how behaviour change can be supported by non-face-to-face methods, which are significantly cheaper and easier to access for people. Other Signals look at different delivery models, including one on group therapy. 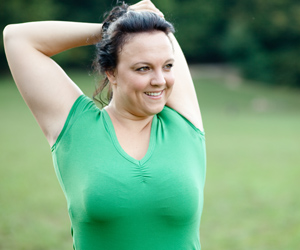 Breaking multiple unhealthy habits all at once has modest impact, but not always…

Increasingly, public health practitioners need to get more for their shrinking resources and are looking at more generic or integrated lifestyle services to address multiple health behaviours. Signals like this one are helpful, identifying this as an area where careful assessment and tracking of impact will be necessary. Because of the impact of smoking on morbidity and mortality, and the effectiveness of smoking cessation services, the Signal suggests smoking cessation should still be a separate ‘offer’, rather than diluting the impact of smoking cessation within a multiple risk factor approach. 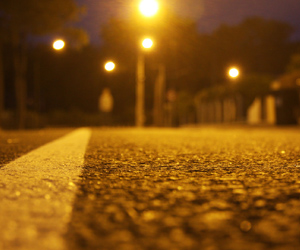 Health in All Policies

‘Health in All Policies’ is a developing approach to public policy making where decision makers take into account the health implications of decisions, seek synergies, and avoid harmful health impacts in order to improve population health and health equity.

Local government has a key role to play in local policy-making and many of these policies impact on health. The Signals listed below show how legislation can be used to reduce morbidity and mortality from second hand smoke, reduce alcohol-related hospital admissions and support decisions to change street lighting times, without impact on public safety.

As resource constraints increase, these Signals may become increasingly important as local government public health practitioners take on a greater policy-making role, as opposed to a service delivery or service commissioning role.

What can public health practitioners do with Signals?

Tell us which NIHR Signals you think people need to know about on Twitter using #MySignals.

Dr Rupert Suckling is Director of Public Health at Doncaster Council. He trained in general medicine, psychiatry and public health as he followed the path from addressing physical to mental, and finally to social causes of ill-health across the UK. Rupert has held clinical and managerial roles in the NHS, local government, academia and the community, voluntary and the faith sector.

Rupert leads the delivery of the Doncaster Health and Wellbeing strategy, reducing health inequalities including the Well Doncaster pathfinder as part of the Well North programme, joining up approaches to mental health and worklessness and getting Doncaster more physically active.

He co-led the establishment of the award winning Doncaster Improving Access to Psychological Therapies (IAPT) National Demonstration site and subsequently was part of the NICE guideline development group for common mental health problems. He led the award winning Early Lung Cancer Intervention in Doncaster (3 week cough campaign) social marketing project which influenced the ‘Be Clear on Cancer’ programme which he helped develop with the National Awareness and Early Diagnosis in Cancer steering group. He is a member of the National Institute for Health Research dissemination advisory group.

The three values that underpin the work of the Doncaster public health team are ‘learn by doing', ‘make the invisible visible’ and ‘show relentless kindness’.

Get NIHR Signals by email

Stay up to date with the latest health research through our monthly bulletin of new NIHR Signals.